< Back
Too Many Cooks in the Kitchen 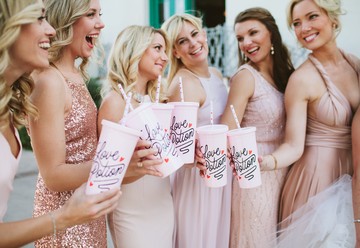 Gillian Griffith
As Aisle Planner’s Associate Editor, Gillian knows there’s nothing as deadly as a woman with good grammar, great nails and a strong backhand (think: tennis). She is based out of Las Vegas, Nevada, where she spends the sunny days with her family, her Louisiana Catahoula pup and, her ultimate love, a 1939 typewriter.

While weddings can bring out the absolute best in people, the stress surrounding planning can also, unfortunately, bring out the worst. The combination of a judgmental sister-in-law or unfiltered groomsman and a delicate bride or groom can be a festering and, eventually, explosive one. There’s nothing worse than navigating the murky waters of wedding planning with the added stress of hurtful feedback or unsolicited advice on your shoulders. Today, then, we’re breaking down some simple tips and tricks for clearing that kitchen of all of those naggy, annoying cooks—and keeping the wedding-planning process between the only people who matter: you and your partner!

At one of my very first jobs after college, I continually received emails from the boss at ridiculous hours and on weekend nights. When I mentioned this to a co-worker, he told me that he never received emails from her at these hours—but also that he made it a point to never email at those hours. He mentioned that she once emailed him at 2 a.m., and that he saw the email immediately but purposefully waited until 9 a.m. the next day to respond. His exact words were, “It’s all about setting a precedent.” I realized the boss was emailing me at 2 a.m., because I had set a precedent that it was OK to do so. Ever since, I employ the precedent rule when it comes to soliciting others’ feedback—and it especially works wonders when it comes to wedding planning:

When you first get engaged, you’re so excited about the planning process that you might find yourself asking everyone and their moms what they think about this dress or that floral combo. Try avoiding the urge to gather tons of opinions in your initial planning stages, though, as it—you guessed it—sets a precedent that you’re super open to everyone’s feedback and, furthermore, that you need it. If you keep the planning process between you, your finacé and your wedding planner from the get-go, you’ll find you have fewer people offering up unsolicited opinions down the road. After all, asking your mother-in-law which wedding colors she likes as you peruse Pinterest fresh off of your engagement is easy, but telling her to keep her opinions on your tattoos showing in your dress to herself a month prior to the wedding is a lot harder.

Many of us have the tendency to find something we love and then immediately share it with others because they’ll obviously love it, too, right? Right? But, the problem is, our version of sharing our choices may be sending a picture with the question, “What do you think of this dress?” as opposed to “Check out the dress I’m getting! Wanted to share it with you!” If you’ve already made your mind up that you’re in love with something—a color palette, a hairstyle, a floral arrangement—don’t ask others if they love it, too, as you’ll always end up with the one person who doesn’t love it, and who thought you were genuinely seeking their opinion. Instead, be straightforward about your choices and tell them this design detail or that gown is what you're opting for. If you don’t want to hear or deal with anyone’s feedback, consider keeping your design choices completely between you and your financé.

Straightforward people need straightforward feedback—it’s as simple as that. If your cousin tends to speak his mind without thought, continually offending you with his unfiltered feedback, the only way to slow that freight train down is to be honest with him—the way he is with you. Being straightforward doesn’t make you a bridezilla or a rude groom. It makes you honest. The worst thing you can do is hold your feelings in for months on end and then misdirect your frustration at a vendor or family member or wedding planner at your rehearsal dinner.

Put fires out as they arise, so you’re not left with feelings of stress and resentment as the wedding nears. It’s not the easiest thing in the world—but it’s worth it for your sanity. Gather all of the grace you have before you approach the offender, but also gather all of your strength. As long as you’re kind and straightforward, you’ll be fine—and you’ll likely learn that the person thought they were being helpful and had no idea they were offending you. If you’re someone who’s especially nervous about being firm, you may want to have some talking points outlined in your head that you force yourself to stick to during your conversation.

Gillian Griffith
As Aisle Planner’s Associate Editor, Gillian knows there’s nothing as deadly as a woman with good grammar, great nails and a strong backhand (think: tennis). She is based out of Las Vegas, Nevada, where she spends the sunny days with her family, her Louisiana Catahoula pup and, her ultimate love, a 1939 typewriter. 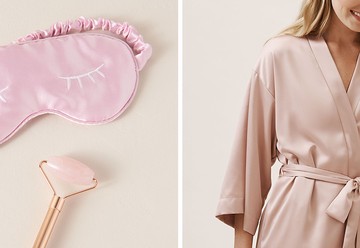 Make Your Girls (and Guys!) Gush! 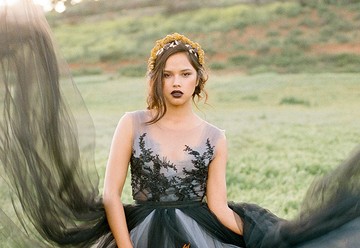 Rocking a Dramatic Lip on Your Wedding Day 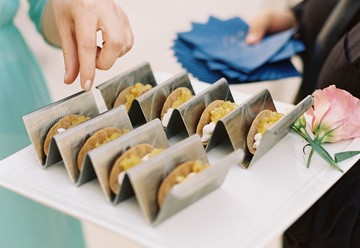 How to Personalize Your Wedding Menu